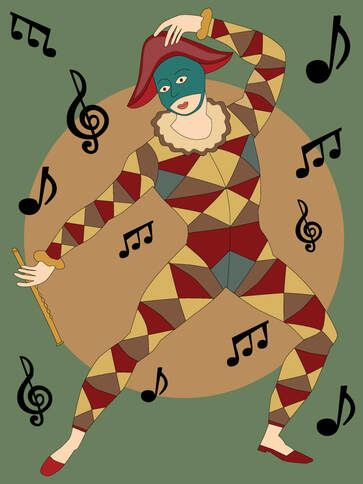 During the Renaissance, a masque was a courtly festival. Montclair Early Music's fully regaled masked Recorder consort and singers will re-create a festival typical of a Burgundian court beginning with a Hurdy Gurdy and a Medieval procession, followed by chansons and music of Louis XIV.

In addition, four winners of the annual elementary recorder contest held earlier this year, sponsored in part by the American Recorder Society, will perform. The young recorder players received free lessons, via Zoom and then in an outdoor setting, by Montclair Early Music founder Julienne Pape.

Due to COVID-19, this concert is being rescheduled to spring 2021. Date TBD.

Early Americans enjoyed music in a variety of settings – they played consorts and tunes in their homes; sang hymns and polyphony in churches and cloisters; and enjoyed touring and homegrown theatrical productions and operas.

As exhorted by the earliest American choral composer, William Billings, we will present a concert fit to vanquish the “Goddess of Discord,” featuring the works of Billings himself alongside other North American composers including John Knowles Paine, Francis Hopkinson, and Juan de Lienas, as well as American favorites Santiago de Murcia and Henry Purcell.